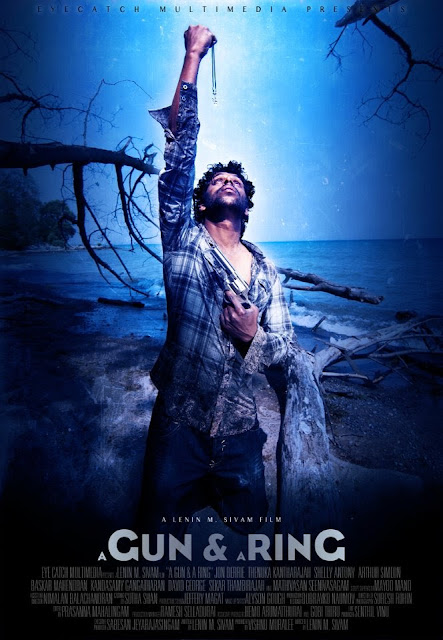 A Gun & A Ring is a 2013 Canadian dramatic feature film written and directed
by Lenin M. Sivam. The film explores the harsh realities faced by different generations of the Toronto Sri Lankan community as they try to build a life in their adopted land but are unable to let go of their pasts. All these characters are indirectly linked through a diamond engagement ring and a revolver with a hawk engraved on its grip. It was nominated for Golden Goblet Award at the 16th Shanghai International Film Festival.

It was also officially selected for the 37th Montreal World Film Festival (WFF) took place August 22 to September 2, 2013 to present under 'Focus on World Cinema'.

I was very fortunate to be the storyboard artist for this beautifully crafted film.

Posted by sketchartist.tv at 7:30 AM

sketchartist.tv
Toronto, Canada
• A freelance illustrator and designer since the early 1990's, my clients have included many Toronto Advertising Agencies and Film Production Companies as well as numerous Publications. • I had the good fortune to be raised on a dairy farm in the Ottawa Valley. I now live and work in downtown Toronto.